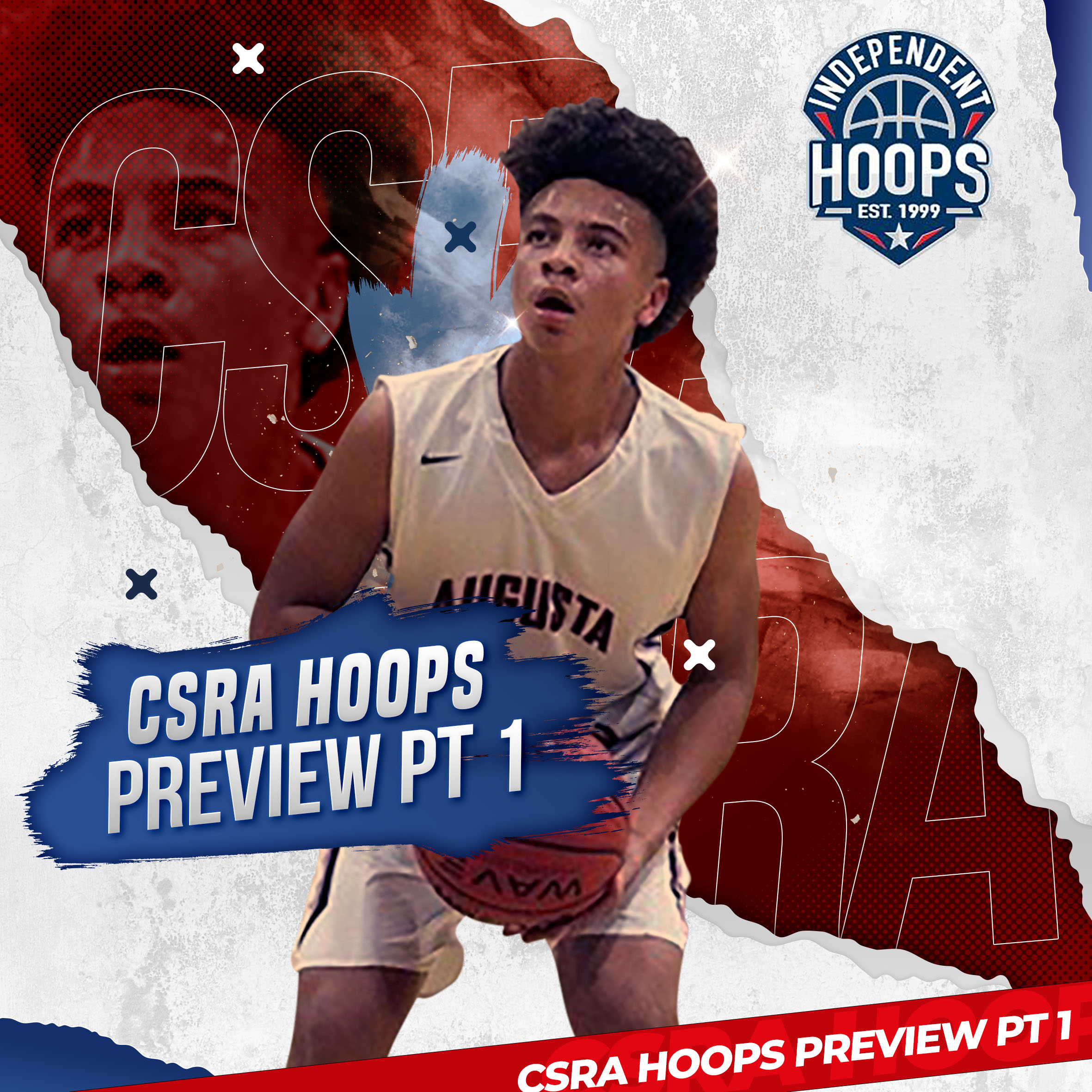 The start of the 2021-22 high school basketball regular season is only days away.  In this article we will look at the emerging players in the Central Savannah River Area (CSRA). The CSRA encompasses the metropolitan area of Augusta and beyond. The area annually produces multiple college prospects and signees. Here a list of those to keep an eye on during the upcoming season:

Nipper can play both guard spots and both forward spots at the high school level. Despite being a senior, James has tremendous upside and potential. He has good size playing the guard or wing positions and always in attack mode applying constant pressure on the defense. He’ll need to really focus on being more of a consistent outside shooting threat from the perimeter to realize his full potential. Monitor at the Mid-Major level.(SEASON OPENER – NOVEMBER 26th VS. TBA @ 100 BLACK MEN THANKSGIVING CLASSIC)

Hudson has what all colleges look for in a prospect – versatility. He plays multiple positions at his size. A promising slashing forward, Khalon is always looking to attack the basket. He’ll needs to improve on being more consistent behind the 3-point line to garner high-major consideration, but colleges at all other levels should have the 6’5 Westside Patriot on the recruiting big board.

Elijah is one of the best prospects to come out of CSRA is some time.  He’s electrifying on offense with both explosive play making ability and skill level. Defensively, Crawford will take on the challenge of stopping the opponent’s best player. A High-Major level talent, Elijah is coming off a strong summer season.

Devin is a big guard prospect. He is a good passer and a terrific shooter from the perimeter. Story has to work on getting stronger and adding weight to his 6’3 frame. He’s one of the top seniors in the CSRA.

Chance is a hardnosed wing that plays hard and does all the intangibles to win basketball games. He’s always around the basketball on both ends of the court. A fan favorite and high-energy player, Finklin will be a strong contributor for the Bulldogs this season.  (SEASON OPENER – NOVEMBER 13th @ JONES COUNTY)

Clarence is an athletic guard who plays with aggression of both ends. He’s a solid shooter from behind the arch. Ruffin works extremely hard.

Tydrekis is a strong shooting guard with a great body. He makes 3’s from well beyond the arch. His strength is keeping the defense on their heels in transition.

Jadynt competes on every play. He has a super confident mindset on the offensive end and will find a way to score.

Keon is tough to guard in the open court. He’s constantly applying pressure on the catch and finishes well at the basket.

Jalexs is a superb athlete who plays above the rim. He does a very good job of getting to his midrange jumper. Ewing competes at a very high level and could be one of the best-kept secrets in the State of Georgia.

AuMauri is absolutely loaded with potential. The 6’2 junior is a very good athlete who has a scorer’s mentality. Tillman should be instant offense for the Patriots this season.

Vines is a crafty, off the dribble point guard. He does an excellent job of getting into the paint. He reminds me so much of small old-school (former NBAer) point guard John Bagley.

A long and wiry post player, Cassidy has exceptional height. He does a good job getting off the floor with his second jump while rebounding. Golden is a raw prospect at this stage in his basketball career.  He needs to get physically stronger to build his recruiting profile.

Quavon does a very good job getting his teammates involved. He has the ability to put points on the board very quickly. Henry, a wiry kid, needs to get stronger to make himself more attractive to college recruiters.

Troy is a strong kid who’s an excellent shooter. He shows that he can knock down the 3-point shot from a spots beyond the arch. He’ll need to work on scoring off ball screens to be more efficient and therefore more attractive at the next level.

An athletic point guard, Braylen is looking to get downhill in transition most of the time.  He needs to find his niche because Augusta Christian will be loaded with talent and depth.  He should be able to contribute as a very good on-ball defender if he decides to be that stopper that Augusta Christian will need.

Ricky Moore is a contributor for Independent Hoops. Ricky was a two-time all-state performer at Augusta’s Westside High School. Following a storied high school career, Moore went on to star at the University of Connecticut leading the Huskies to the 1999 National Championship. Most recently, Moore has been an assistant coach at the collegiate level: Dartmouth (2010-12), UConn (2012-2018). Ricky is currently head coach at Northwest Cabarrus High School.