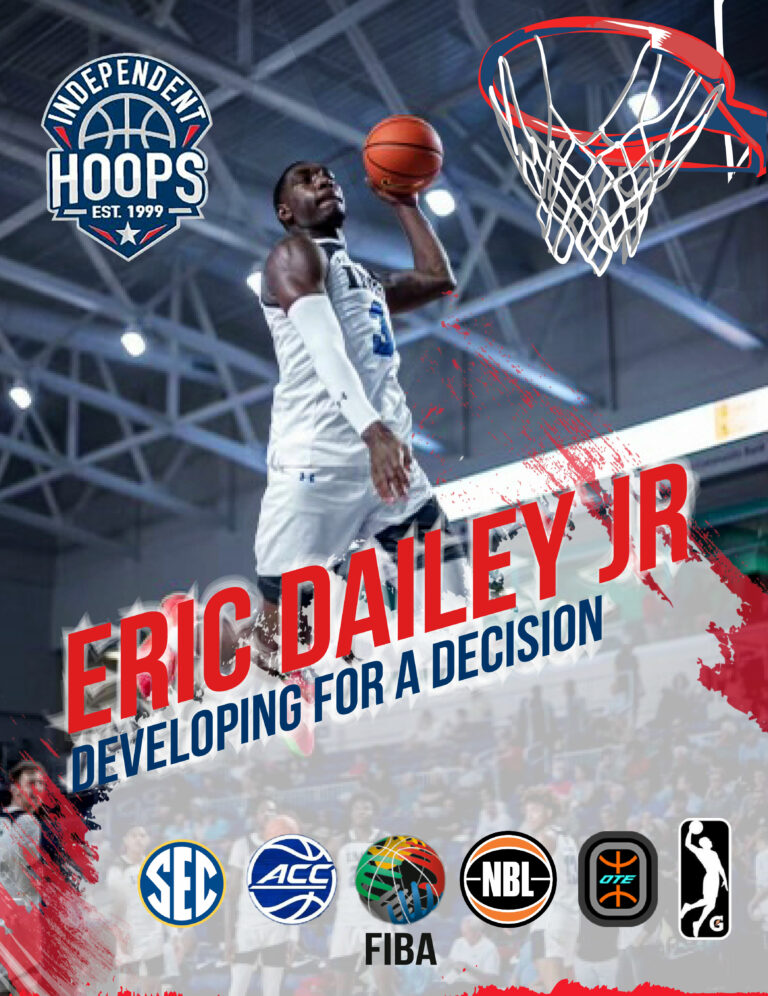 The nations top unsigned senior prospect is in no rush to make any immediate decisions regarding his basketball future. Eric Dailey Jr., a 6’8” hybrid-forward at IMG Academy (Bradenton, FL) is currently ranked as the No. 37 overall prospect by ESPN. He currently holds offers from Power-Five programs that include Florida State, Michigan, Texas A&M, Georgia, Florida, USC, plus several other non-Power Five programs. 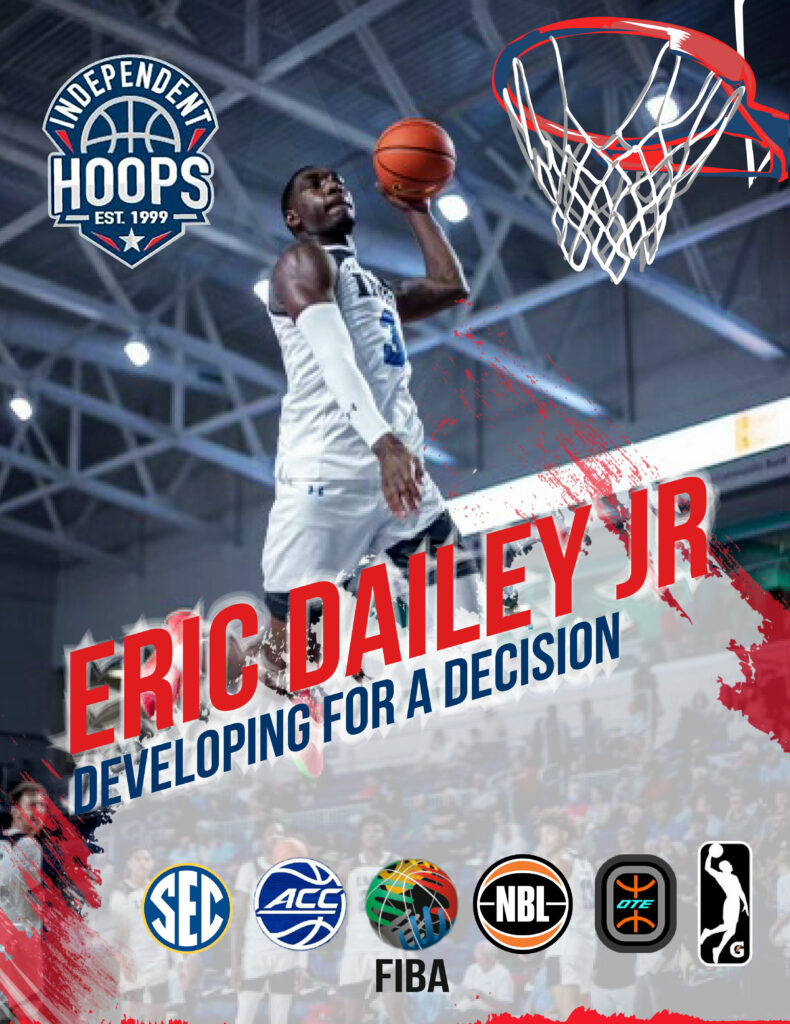 Dailey possesses the rare combination of size, strength, skill, and IQ that justify the offers, but also the profile that draws the attention of NBA scouting personnel who covet this in a pro prospect. Standing at just a shade under 6’8” with a 7’1” wingspan, coupled with the ability to shoot the basketball makes him a matchup nightmare on the offensive end of the floor. He has good ball handling skills that allow him to make plays off the bounce and be effective using ball screens. His IQ and unselfishness put him in a class that not many (if any) other 6’8” prospects possess.

These traits and the potential to reach the highest level of the basketball hierarchy have always been at the center of, and most concreted areas of Eric Jr.’s matriculation and planning. While he attends a high school basketball “blue-blood” in IMG, his path has been a lot different than most highly regarded prospects. He attends the lavishly laid IMG for its’ weight room and training table, just as much as he does for its national exposure. Dailey Jr.’s approach has been to never engage in rankings or hype. His process has been solely about development as his top priory. The proof is easy to spot since there has been no reclassification of grade level and very limited AAU basketball play where validation of rankings are made, polarized and courted. Dailey Jr.’s father took him off the travel ball scene in 6th grade and has never looked back.  The Dailey Plan has always been to prioritize development for long term career opportunities.

That plan has been fostered and nurtured by his parents, Shell Dailey and Eric Dailey Sr. Shell, a former national champion with the University of Texas women’s basketball program, and currently the Director of the Girls’ Basketball at IMG, has monitored Eric Jr. on a daily basis at IMG since Eric Jr. was a 6th grader. Eric Sr., a former 10-year professional basketball player, and current owner of Dailey Training International, has formulated his son’s off-season training regiment that includes several stints in Europe to play against the best European youth players. “We never set out to be the number 1 player in the country. Our goal for our son is for him to become the most versatile and NBA-ready prospect in country.”, stated Dailey Sr. during a recent interview with Independent Hoops Media Group.

“Everything is an option right now, and nothing is set in stone” stated the versatile Dailey Jr. responding to questions about his next move following graduation in May. “He is a true senior who has never reclassified or been held back so his options are endless.” echoed Dailey Sr.

With the transfer portal numbers growing rapidly and pro opportunities in the mix, Dailey Jr. has yet to take an “Official Visit” anywhere, and is open to all options as he follows the fluid rosters of all teams closely, including college and pro personnel. Aside from his laundry list of high major suitors, Dailey Jr., is also being courted with several professional options. He has currently interviewed with 8 different potential pro clubs. (Australia, Europe, and the G League). When asked if he was leaning more towards attending college or going pro: “I’m open to everything. Wherever the best situation is for me,” stated Dailey Jr. “It’s just basically wherever I’m going to develop at and get better, so if that’s college, then it’s college. If it’s pro, then it’s pro.”

Being that Dailey Jr. just recently turned 18, the family is also considering doing an “NBA Developmental Year” aka post graduate season. IMG Post Graduate Team has had great success in recent years with helping players move on to get drafted into the NBA.

A few names included 2018 NBA First-Rounder Anfernee Simons (Portland Trail Blazers) and 2020 2nd Round pick KJ Martin (Houston Rockets). Both were top ranked players in the country who chose not to take their high major offers to play college basketball, but instead do a post graduate year at IMG Academy. Utilizing the post graduate year allowed those athletes to continue their physical and basketball development in an environment that prides itself on developing players for the professional level in a variety of sports, including basketball. This option also keeps Dailey Jr. on the path of a possible college career. Again, all options are open.

Regardless of which direction the younger Dailey decides to pursue, his development within the game will be the center of attention, forward thinking, and guarded tightly against the politics